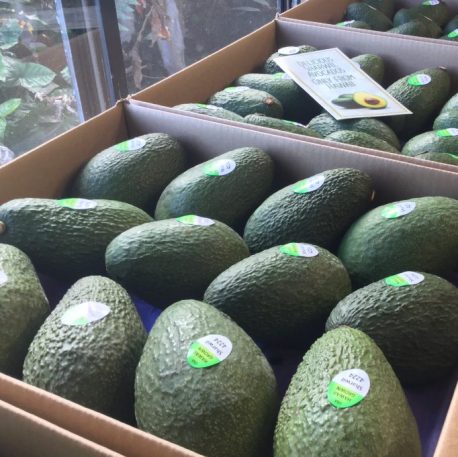 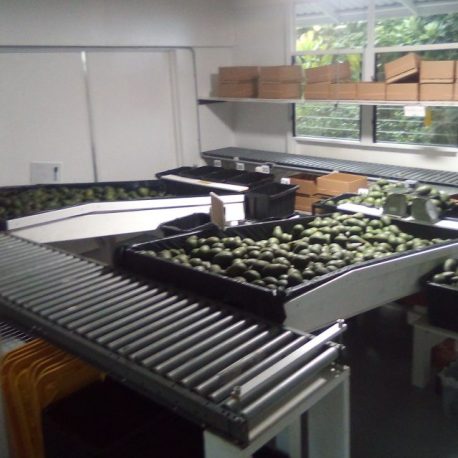 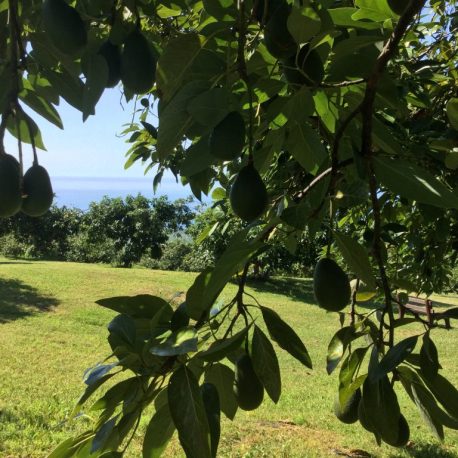 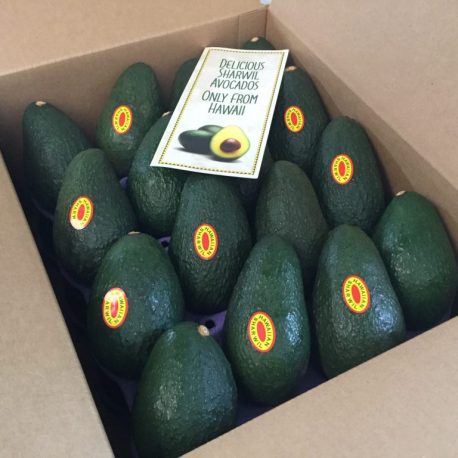 Originally from Australia, the Sharwil is considered one of the world’s best tasting avocado. Its very high oil content gives a smooth creamy texture and delicious rich taste. It stays green when ripe, has a small seed, and is easy to peel.

It was first grown by Frank Sharp on his farm at Mount Tamborine near Brisbane, Australia in the early 1950’s, and was prized for its for excellent flavor, small seed, and good marketability. Frank Sharp worked with his neighbor Mr. Williams to commercialize the new variety and together they named it the Sharwil (also known as Sharwill). It was introduced to Hawaii in the 1960’s and has become the main commercial variety grown here. It is perfectly suited to our sub-tropical climate and rich volcanic soils.

Exports of Sharwil to Alaska and the U.S. mainland began in the late 1980’s but ceased in 1993 due to concerns over oriental fruit fly. The USDA approved a new systems protocol in 2013 and the shipment of Sharwils resumed to the mainland in 2018 after a 25 year break.

At Kane Plantation Avocados we hand-grade, label and pack in 2 layer 25lb cases, sizes 48 to 24, and ship #1 grade organic and conventional Sharwils by airfreight to our distributors within a few days of harvest from small family farms on the west side of Hawaii Island.